“Tom! I thought I told you to do your homework? Give me those. Now!”

Tom moaned, handing Theresa his headphones together with his smartphone. Ignoring him, she returned to the kitchen. She was rushing to prepare dinner with minced meat that wasn’t fully defrosted yet.

She must have touched the screen by mistake because it started to play a song. The familiar lilts and mournful notes made her breath catch in her throat. Yet it was all wrong. The artist didn’t know how to capture the emotion in the song.

She would know. She wrote it. Ten years ago.

As soon as I saw the image I heard the song in my head. I sang Killing me softly at my school concert too – the Roberta Flack version. Embarassingly, I’d been singing it since before the Fugees version thanks to my mom’s karoake videos, which I hoarded. So of course, I had to write this story.

UPDATE 23 May 2020: When I wrote the story I had no idea of the true origins of the song. A youtube recommendation today revealed to me that Lori Lieberman wrote a poem about the way she felt at a Don McLean concert. The poem became lyrics to the song Killing Me Softly made popular by Roberta Flack. Lieberman was cheated out of the royalties. In my story, Theresa is taken aback hearing a song she wrote years ago being sung by someone else. In my imagination, she too was cheated out of the rights of the song that was close to her heart. Knowing Lieberman’s true story (and it being goosebumping-ly close to my flash fiction) I really wanted to credit her as the original artist and lyricist of the enduring song.

Written for Friday Fictioneers hosted by Rochelle Wisoff-Fields. Write a story in 100 words or less. Click the frog to submit your flash fiction and read others’ stories too.

32 thoughts on “Killing me softly” 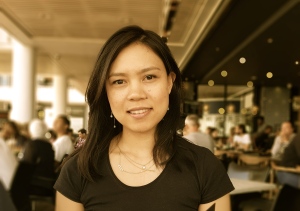 I am passionate about promoting understanding, both of the self and of humanity at large, through insight and knowledge. I am drawn to social issues and uplifting others. Self-actualisation and self-empowerment rock my sailboat. Oh, and I write flash fiction sometimes.